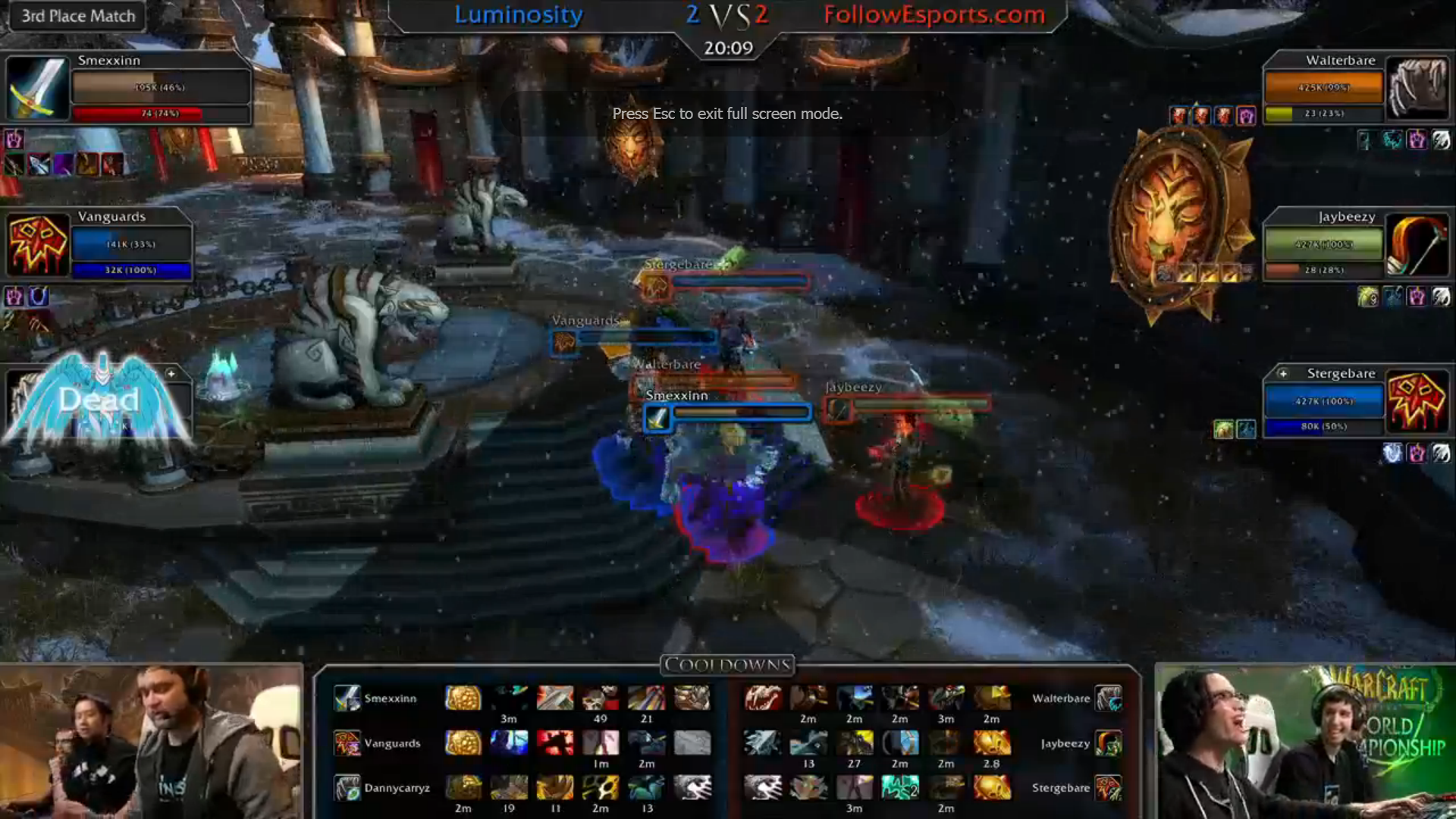 Lights, cheers, thunder sticks and a packed house of people filled the Staples Center in Los Angeles with some fans even spilling onto the hallowed court. No, it was not the Lakers that brought such a mass of people. It was the League of Legends World Championships.

Strategy and instinct. Heroes and villains. Victory and defeat.

Esports are organized video game competitions played by teams of players against each other — much like traditional sports teams — to determine who are the best at the game. Each game title acts as a different sport. League of Legends, Dota 2, StarCraft, Heroes of the Storm, Hearthstone and Call of Duty are the most popular titles. Though most multiplayer video games have an esports scene.

While esports are gaining traction in the U.S. now, even making their way onto ESPN, they have been around for more than 15 years. They’re most popular in South Korea which has stadiums and centers dedicated to gaming events.

You can bet that popularity has spread to Chapman University.

"Esports aren't a fad; they're already the next big thing (in sports) but people just don't know it yet," said Chapman eSports President Ovilee May, a sophomore film production major.

Esport events have been filling up stadiums like the Staples Center and convention centers including the Anaheim Convention Center. Two years ago marked the first showing of esports on ESPN in November for the Starcraft II World Championship hosted in Anaheim.

Collegiate esports have risen in popularity especially this past summer when Blizzard Entertainment and TeSPA, the premier network of college gamers, hosted Heroes of the Dorm which called all colleges around the country to compete for about $450,000 in scholarship money. Chapman's eSports Club formed a team of five that competed in the group stages.

"We had a really strong team that practiced every day shortly after the tournament was announced," said sophomore business major Alf Zhou. "However, we ended up not advancing due to technical difficulties."

During the placement matches the Blizzard servers shut down unexpectedly, causing players scheduled to compete that day to be pushed back to Thanksgiving Day. The members decided to forfeit to spend the day with their families, according to Zhou.

The final eight teams went on to compete during April, and the final four team’s games were aired on ESPN. On April 26 University of California Berkeley's team "Golden Bears" won the tournament and each of the five Berkeley students won full scholarships to their school.

"The technical difficulties were a set back but we will compete this year," said Zhou.

Chapman’s esports club met in October — 14 men and two women — in a Leatherby Libraries basement classroom. May gave a short introduction to welcome new members, announce team captains and outline the goals for the new year. On the list were going to Blizzcon to watch the World Series for World of Warcraft, Starcraft II, Hearthstone and Heroes of the Storm in November.

It's easy to get swept up in the thrill of the event and the excitement of thousands of people shouting their team's name as the games play out. However, there are some people who don't believe that esports should be considered a real sport.

"It's a bunch of people sitting around playing a game, there's no finesse," said National Deadlift Championship winner of 1972 Ernie Doe.

While esports don't require the physical strength that many other sports do, they require coordination and teamwork on par with other sports. It is typical for professional gamers to train about 50 hours a week and play the game more time outside of that, according to Team Liquid, one of the top teams for esports.

"These games require a lot of practice, Dota 2 took me one year to learn how to play," sophomore economics major Robbie Zhu said.

Players use their own laptops or home desktops. They often play each other while talking on Skype for practice.

While a lot of games can be picked up and played immediately, it takes time to become the best of the best. Zhou is a diamond ranked player in Dota 2, which places him in the top two percent of all 844,000 concurrent players according to Dota 2's ranking website.

The goal for Chapman’s esports enthusiasts: To see it expand even more on campus.

“I'm really excited about how much esports is growing," said May. "The games we love are going to be played for a very long time."