Shirah Parent sat at her laptop for hours with cautious optimism, filling out her study abroad application… yet again. After a year and a half of online school, she wanted nothing more than to be able to study in Greece.

Before she could let herself get excited, the program was suspended.

“It’s really hard,” Parent said. “ I spent a lot of time applying and now I have to stay here.”

The experiences college students aim to have are goals that often have been accumulated throughout their lives. But many of those plans, like the plan to study abroad, have been thwarted.

Nearly 500 Chapman students had anticipated to study abroad for some point during the 2021-22 academic year. Many of them tried more than once. However, without confidence for the students’ safety while abroad, the university made the decision to cancel all international programs.

Jodi Hicks, Associate Director of the Center for Global Education, said when met with the news of yet another cancellation, students had two major reactions:

“A decent amount of students understand what is going on and that it is all out of everyone’s control, but many students were very disappointed.”

Hicks added, “We are disappointed too, we wish this was in the past. Our job is to help students to go abroad, we don’t want them to not be able to go.”

While Hicks ensured that they anticipate a return to normal study abroad practices come fall 2022, the development of the virus is unpredictable and unfortunately, they can not make any promises.

Though it is clear that the school is doing their best to be on the students’ side, aiming to give them the greatest possible experiences, that does not curb the vexation of the students continuously being affected.

Junior Ashley Kent has decided to postpone until the next academic year to pursue her chance to  study abroad. Kent was one of 85 students planning on studying in the United Kingdom in the spring.

“I’m just super frustrated,” she said. “I did not want to leave campus my senior year and now it’s my only option if I ever want to study in London.”

No one is happy about the impact that COVID-19 has had on our travel plans, but the independent study programs themselves were greatly impacted by the pandemic. Cultural Experiences Abroad (CEA) was forced to leave its international campuses empty for an entire year until it was confident in its safety procedures.

Kayla McGuire, a program advisor for CEA, said, “This was the first time that we have ever gone  so long without having feet on the ground. We believe in the benefits that being abroad can give students and it was really hard to go without it.”

Now, despite many international schools reopening their doors, Chapman is still holding back from encouraging students to go. However, some were given the tedious option of international study independently.

Ava McLean, a junior, has applied to go to Japan twice now, a location that was recommended for both her animation visual effects major and visual journalism minor. However, what really drew her to want to study in Japan was a chance to connect to her roots.

McLean is half Japanese and is part of the first generation of mixed-race kids in America since the legalization of interracial marriage. Because of this, she wanted to find herself and immerse herself in the culture.

About the cancellations, she said, “To be continually rejected is like a sucker punch to the face.”

Despite being discouraged repeatedly, McLean planned on studying abroad independently.

“I reached out eight times and received different, sometimes contradicting information from eight people,” she said. “While Japan eventually cancelled the program too, the global education program was entirely unhelpful in providing instruction on how I could go on my own, but I plan on trying to manage an internship abroad over the summer.”

Though many students have felt the defeat and disappointment of their study abroad trips being cancelled many times over, the biggest consistency among them is the motivation to try again.

The possibility of a once in a lifetime opportunity is worth risking heartbreak with another postponed trip.

“It is really hard, but I honestly would rather get the chance to apply and be told I can’t go than to not be able to try at all. It sucks… but it could’ve worked out,” said Parent. “I’m applying to go to Greece or New Zealand in the fall, I just have to be willing to experience another heartbreak.” 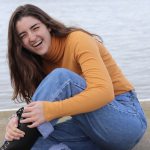