A giant swirly white ribbon. A jumble of iron rods. A piece of the Berlin Wall.

No doubt the art at Chapman is eccentric. Yet, when asked about seeing art on campus, most students respond with something like this:

“Uh, I mean I know we have it…,” said freshman Josh Phillips, a business major at Chapman.

Although many students might believe the Chapman administrative staff is responsible for selecting art on campus, it’s actually just a team of two students.

The Art Acquisition Committee, part of the Phyllis and Ross Escalette Permanent Collection of Art in the Wilkinson College of Arts, Humanities and Social Sciences, is a student organization in charge of determining what art pieces best fit on Chapman’s campus.

Specializing in modern and contemporary art, the student group mainly showcases artists based in Southern California.

“This past year there were two students that were on the committee,” said Jessica Bocinski, a museum registrar. “They manage all of the artwork in the public spaces around campus.”

Not to fear, the pair is not alone.

The committee teams with Professor Marcus Herse’s Contemporary Gallery Practice class every fall. Students in his class must propose what artwork should be accessioned (officially added) into the Escallette Permanent Collection of Art within the budget.

Upon completing the class, students are offered an opportunity to join the Art Acquisition Committee.

“I loved having the opportunity to talk to people about their art, their experience – especially people like BIPOC and indigenous individuals – which really spoke to me, ” she said.

The Phyllis and Ross Escalette Permanent Collection of Art, dubbed, “the museum without walls,” is led by Art Director Fiona Shen. It functions as any museum would, except it doesn’t have a defined museum space.

“It’s a busy art pick-up and installation time right now,” Shen said. “That’s what we do!”

However, with presidential statues lining the front sidewalks of Argyros Forum and some ancient trinkets in the library basement, it’s hard to tell exactly which pieces are contributed by the Art Acquisition Committee.

“Anything good is ours,” Bocinski said. “None of the panthers and not the giant new Abe Lincoln statue.”

What about the Berlin Wall? The historic relic was in fact not placed by the Art Acquisition Committee, but arranged for the campus by former Chapman President Jim Doti in 1997.

In the last year, the museum has curated several new art exhibitions, most recently placed in the upper halls of Beckman Hall and throughout Roosevelt Hall.

“There’s this one art piece in Beckman with Hebrew writing on it,” said junior business major Megan Larian. “That one really caught my eye.”

Each year the committee searches for a gap in their collection, whether that be a lack of ceramics pieces or a lack of work created by an underrepresented group.

Students have access to view these pieces and all past collections using the, “emuseum,” feature on the Escalette Collection of Art’s website.

“Every piece of artwork is really carefully curated, and oftentimes it has a direct connection to what’s taught in that building,” Bocinski said. “Like the Keck Science Center – all of the art there is about the correlation between art and science.”

Though an extensive amount of effort is put into the selection of new exhibitions by the Art Acquisition Committee, many students take these efforts for granted.

“When you’re walking through the hallway, and you see art everywhere, it’s easy to sometimes think that it’s just decoration or was put up to fill a blank space,” Bocinski said. “I wish more people knew how careful it really is.”

Hannah Nazari is a junior communication studies major with a minor in visual journalism. She is a self-described creative with a passion for writing and art, but mostly, she’s just a goof. 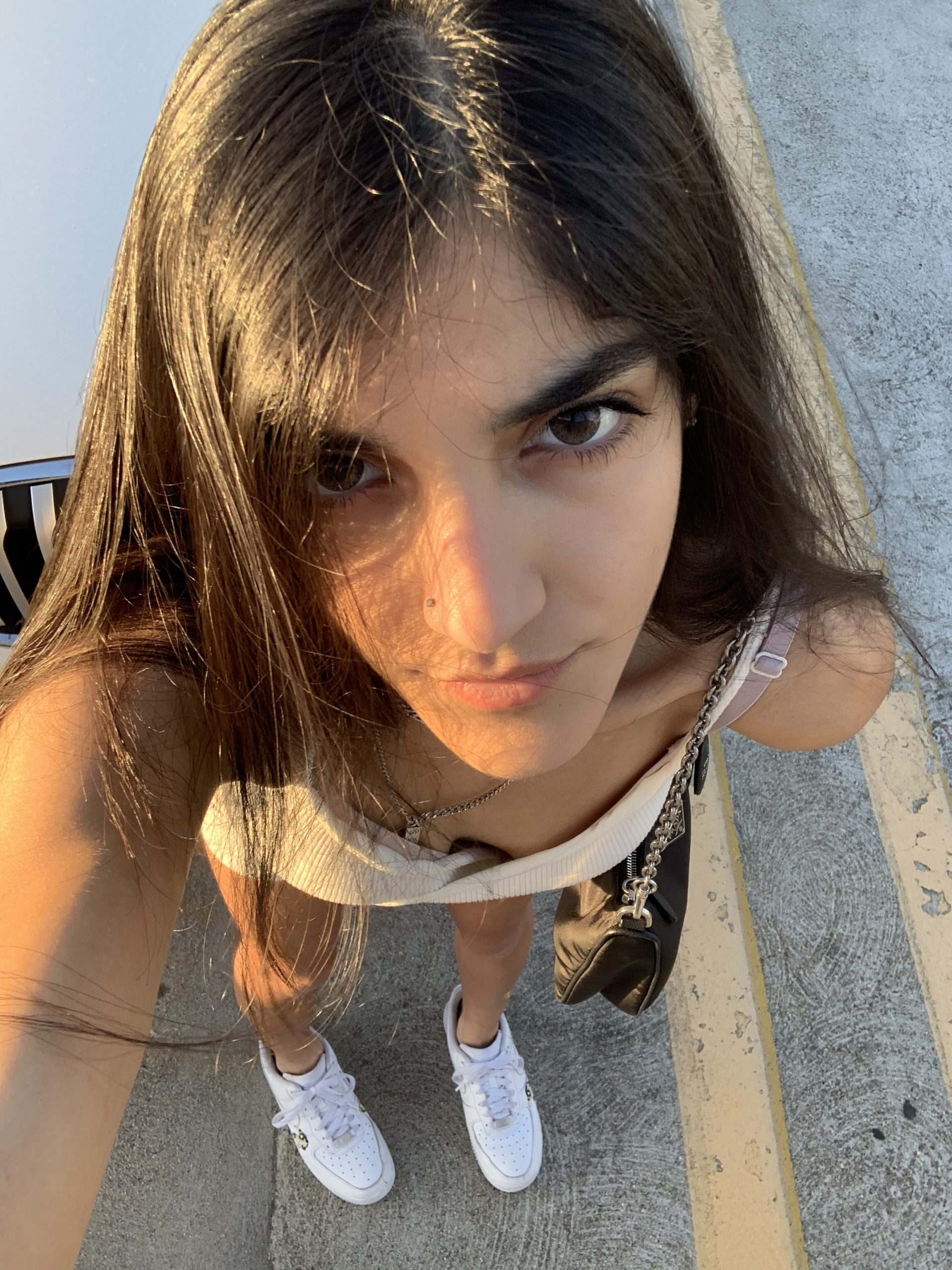 Hannah Nazari is a junior communication studies major with a minor in visual journalism. She is a self-described creative with a passion for writing and art, but mostly, she’s just a goof.