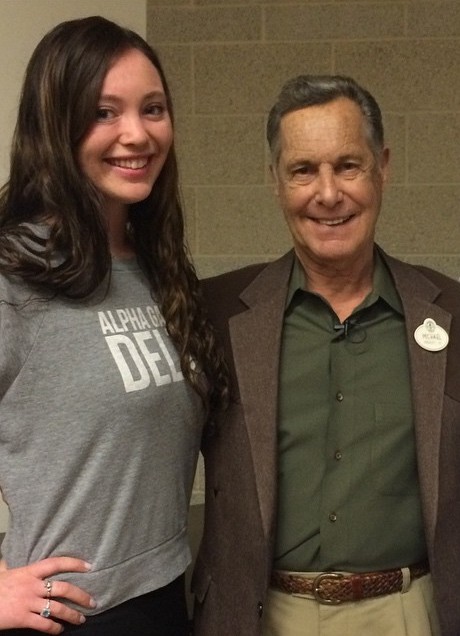 When picking out new classes, it can feel like most of them are pretty bland – standard courses that could be offered at any college with the program across the United States.

But between the hundreds of classes offered at Chapman, there are the few unique classes that are often the favorites of students and the ones that make lasting impressions.

Most classes that teach health and medicine don’t feature what Americans think of as alternative practices – yoga and aromatherapy, to name a few – except Eastern Concepts of Health and Healing, a kinesiology course taught by Kate Egan.

“I liked it because it took a different approach to the things I thought I knew about health,” said Natalie Howard, a junior mathematics major.

The course goes over a wide array of different approaches to health, including acupuncture, sound healing, and botanical medicine.

Egan tries to “bring professionals in these fields to discuss their work” and class projects include creating meal plans using different approaches to health, such as an ayurvedic diet – an ancient Indian practice that based on balancing the mind, body, and spirit.

“Many of the topics we discuss are things that most students have never had any experience with, and in some cases have never even heard of,” Egan said. “It’s wonderful to see people opening their minds to these topics.”

Food Ethics, taught by Daniel Pilchman, examines moral philosophy through the food and agriculture viewpoint. Different topics covered include cannibalism, GMOs, and even looks at food security in Orange County.

“One student last year became utterly outraged about how hard it is for Spanish speaking citizens to get food stamps, so she used her graphic design skills to help a local food bank design an improved media campaign,” Pilchman described.

During the semester, the class has famous authors, CEOs, and food scientists come to speak. Students can pick to do different combinations of community service, papers, or presentations.

Radhika Savalia, a sophomore accounting and business administration major, took the class because she’s vegetarian and wanted to gain more insight on the topic. During her time in the class, one of the assignments was to volunteer at Mary’s Kitchen, a local soup kitchen.

“What I want students to get from the class, aside from basic awareness of where their food comes from and why their choices matter, is the confidence to make a significant impact on the world,” Pilchman said. “I want my students to leave the class feeling empowered.”

Self and Identity, a lower-level integrated educational studies (IES) course, examines the notion of identity, the relationship between self and society, and identity theory. The class is taught by multiple teachers, and is a favorite class of many Chapman students.

“We talked about relationships, our family, and other topics that could bring up sensitive details,” said Michelle Edwards, a sophomore psychology major. “In order to get the most participation from the students in the class, it was important for everyone to feel comfortable sharing what they had to say from their own personal experiences.”

In an assignment for one of the classes at the start and end of the semester, students are asked to write about the topic ‘Who Am I?’ – and see the change between their answers.

According to Jennifer Shubin, one of the professors who teaches the course, a favorite project is the life cycle project.

“[It] is a project all about them as it pertains to Erickson’s stages of development,” Shubin said. “It is a long assignment but they get a lot of meaning from it.”

“We began the very first class by putting on masks, a symbolic representation of the front we all put on when we are making first impressions,” Edwards described of her class. “By putting on these masks we were able to make ourselves all appear equal.”

The Pursuit of Happiness and Knowledge: Walt Disney and Charles Darwin: IES 207

Located only a few minutes away from Disneyland, Chapman has a huge population of students who love Disney and all things related – because of this, Disney and Darwin, another IES course, has enormous student interest every semester. Throughout the course of the semester, students analyze Walt Disney and Charles Darwin.

For the fall 2015 semester, the class has a full 90 students, and 14 students on the waitlist.

“The class has a lot of unique content,” said Paula Pearl, a senior communication studies major. “I really like the fact I get to learn about Disney because I’m a huge Disney fan.”

The professor who teaches the course, Dr. Brian Alters, has many guest speakers and Disney legends come in. One of the favorite speakers is Jack Lindquist, a former employee who worked at Disneyland since 1955 and served as the first president of the park.

“He genuinely loved the park so much, and he told us stories of magical moments he witnessed for many families and children,” said Remy Bessolo, a sophomore IES major. “His stories of pure happiness and joy just made me love Disneyland that much more.”

In the final, group project, students have to connect Disney and Darwin somehow.

“My group analyzed The Lion King from Darwin’s perspective, and other groups wrote songs or made other connections between the two historical giants,” Bessolo said. “It has definitely been my favorite class at Chapman, and I’m positive it will retain that title.”