Imagine this feeling: you are about to start your freshman year of college, you’ve got your bags packed and ready to go, you’ve already said all of your goodbyes to friends and family, and then the pandemic happens, so you’re not even able to get the true freshman dorm experience. This is the exact feeling that all freshmen were left with this past fall.

So overall there are four options for student housing being offered to freshmen this year: the dorms, The K, Panther Village, and off-campus housing, and the pandemic affects each and every one of these housing situations.

There are very strict protocols in place for students both living, and visiting campus. This includes but is not limited to weekly rapid tests, daily screenings, and wearing a mask at all times which has resulted  in some freshman students not wanting to live on campus.

Freshman Broadcast Journalism and Documentary Major Alexandra Coenjaerts was one of the students lucky enough to move into a dorm. After starting off her freshman year feeling isolated from the college experience as a whole, she feels that moving in has helped in integrating her into Chapman life. However, with all the protocols in place, this does come with a cost. She first spoke about how strict Chapman is in holding these safety protocols in place.

“I would say they are pretty strict about the precautions. There have been some times where more than three people sit at a caf table and someone from PSafe will come by to let you know that you cannot do that, also in the dorms there are RA’s who walk around. Although, I do feel like they are being lenient because they still want people to have somewhat of a normal college experience.”

She then spoke about what things she wished were handled differently whilst living on campus.

“The Chapman Community is doing everything they can. You can’t force people to not go out because that is their own decision, but they are doing their best. I mean, I would love to have more options for food, I would also love to sometimes get to eat inside because it can get cold at night. The only precaution I think I would change is the rule of only having one guest in your room, because I feel like that gets broken all the time.”

Freshman Mira Ako is also living on campus at the K Apartments and speaks of her own personal experience.

“No gathering spaces in the K are open, but I think the maximum number of people that can congregate is 12. If we don’t get COVID tested on time, there is a risk that our key cards won’t give us access into our rooms. I’ve seen people around the K who have gotten written up by RA’s or the building coordinator for not wearing their masks.”

She then tried to measure how safe she felt living in the K Apartments.

“I’m not sure how safe I feel. I think for my own safety, I’m following my responsibilities and getting everything I need to do done on time, but it just comes down to accountability, and knowing that not everyone that lives around me is following these rules. So, I guess I don’t feel that safe but, I’m making sure that I can do everything that I can to stay safe.”

Freshman Hailey Tovar also spoke about her experience. She decided  to live in a studio apartment at Panther Village.

“There are a lot of precautions that are put into place such as whenever you leave your apartment when trying to get a package you have to wear a mask the entire time and just whenever you are outside you must also wear a mask. We also have to get tested weekly at the church near campus. I live in a studio, so I live alone and I am only allotted one guest who also must attend Chapman. Other people live in lofts with one other person so they can have one guest each inside of their apartment.”

Tovar then spoke about how safe she feels living at Panther Village and how ultimately she thinks it was a good idea to stay there rather than move into a dorm or another on campus apartment.

“I would say they are very strict. If an RA sees you without a mask they will either tell you to put on your mask or get written up. Although with that being said,  I feel really safe living at Panther Village especially since I live alone I can control what happens and I do like I don’t have to worry about my roommate going out going out or anything like that it is all based on me. I also think Panther Village has a lot less confirmed COVID cases such as The K which has had quite a few.”

“I chose to live in an off-campus apartment because I knew that there were going to be a lot of regulations with the dorms and I didn’t know how meeting people was going to look in that circumstance so I thought that being able to choose who my roommates were and just living in an off-campus apartment would be so helpful . I just wanted the freedom to do what I wanted and I knew I wasn’t going to be able to do that in the dorms so and so I would say covid was a factor in my decision to live off campus and I think it’s generally safer to live  off-campus,” said Bayer.

Bayer believed she made the right decision by living in an off-campus apartment and she feels very safe whilst not even being forced to face many COVID precautions.

“Because we aren’t living in an off-campus apartment that is not run through Chapman there aren’t that many precautions that we are told to follow besides the restriction on amenities. People definitely do not wear masks like walking around the area but my apartment also is outdoor and for the most part it’s easy to social distance although it is weird seeing big groups of people not do so,” said Bayer.

So, the final verdict is in, that both Chapman regulated apartments and dorms as well as off campus apartments both seem pretty COVID safe. Even though the freshman this year didn’t get their full freshman experience, they seem to be making the best out of a very tough and unfortunate situation. 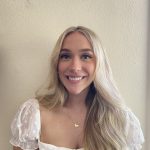