I’m going to be completely honest in saying that this is easily the hardest thing I’ve ever had to write in my life. I’ve bullshitted 2,000-word essays that have been easier than this damn column. I’ve written it four different times, hating all of them equally, feeling like it didn’t tell the whole story of what my grandpa John Francis Gabler meant to me. However, after looking at some pictures and taking a few deep breaths, I think I’m ready to try again.

It’s very rare I get emotional about anything. I try to think logically in everything that I do, and I don’t try to follow my heart to a place where it can hurt me. However, when I think of my grandpa John Francis Gabler, also known as Champ, my logic goes out the window and there’s very little I can do to stop the tears from flowing.

In a lot of ways my grandpa’s death feels brand new to me even though it happened about a little more than a year ago. He passed away at City of Hope hospital in Duarte, California on Sept. 30, 2020 from valley fever, pneumonia, and blood cancer. It’s hard not to think that God himself realized how great of a man he was and wanted to send him home as soon as he could.

However, despite how I feel about his death, I can say that my grandpa Champ was one of the most amazing, most inspiring people that I could have possibly been blessed with having in my life.

My grandpa was witty, goofy and very loving towards everyone he encountered in his life. He was my rock, someone I could always talk to and my hero.

If one sentence could sum up my grandpa is that no matter who you were, you always felt at home with Champ.

My grandpa and I were close without me truly realizing it until he passed. Almost every weekend during football season I’d come over to his house to watch the Packers play and he’d always root against them to keep things interesting. I’m pretty competitive about sports, so he always held me to my word when the Packers lost when I’d ensure him the Packers would win. God, the stuff he would say to piss me off after they lost was amazing work. As I said before he was witty as could be, and he taught me a lot about wit during those games. When I watch games today I sometimes imagine him sitting next to me with his glass of scotch smiling at me whenever the other team scores some points.

There were also times I’d come over to do chores for my grandma Peggy Sue, who was the love of his life. He’d tell me what to do and stand or sit with a scotch in his hand and watch me do whatever task I didn’t want to do at the time. He made sure I didn’t half-ass any of my work and he’d let me know when I missed a spot or made a fatal error in doing what I was doing. When I’d look back and ask him to give it a try, he’d always say to me, “I’m a stupidvisor, I tell you what to do but don’t actually do it.” When I’d ask him why he couldn’t do anything, he’d say something along the lines of, “I’m old, I’ve earned my right to stand here and watch you.”

After the chores, my mom would come over and help my grandma make dinner. Grandpa and I would watch Angels games, and especially towards the end of his life, he’d tell me how great David Fletcher was and how he was a great ballplayer. He definitely wasn’t wrong on that take.

My most memorable time with him was when we went to lake Mohave to clean up the boat and trailer we have up there. It was during a grasshopper migration. I was 12 and my grandpa told me to pick the weeds in the planter while he called animal control, not seeing that they were practically all over the entire cove. As I was getting hit in the face with bugs I looked up at him and saw him smiling at me. Something tells me he saw something in me that reminded me of him.

Later that night I had my first ever mediocre Kraft Mac n’ Cheese dinner while we watched the Lakers play. Grandpa told me how Andrew Bynum and Pau Gasol were overpaid and were babies on the court. Just after he said that, Pau Gasol got a shove to the face and started yelling. He and I laughed.

The next day, my grandpa and I went to a cove and relaxed a little after a long weekend of work. We looked out at the flat lake that reflected the sunset slowly lowering behind the mountains. I remember him pointing at a huge mountain in front of us and me asking him what he was pointing at. He told me that when he passed, he would be watching us from that mountain, smiling down on us having fun. I remember being confused on why he would say that, but it still sticks with me to this very day.

Since I was a kid, I’ve always been musically inclined. I remember telling my parents and my grandpa that I wanted to get into music and play guitar. My grandpa and grandma decided to pay for my guitar lessons and that started my love of music I still carry to this day. Eventually, I got burnt out playing guitar and gave singing a shot when I was 12 years old. My first performance singing was in my elementary school’s talent show. I remember singing “It’s Still Rock n’ Roll To Me” by Billy Joel and being able to see his face in the crowd smiling at me. I continued to perform non-stop after that. It didn’t matter if it was a talent show, a baseball game, or a full-fledged production, he was always there.

Later in my life, I remember my grandpa and I having a conversation about what I wanted to do with my life. I told him I felt the most like myself when I was on a stage, and I remember him smiling, telling me not to let that go and embrace it. Still to this day, I can sense he’s in that crowd watching me, smiling.

You see, a lot of the life I’ve lived I owe to my grandpa. Without him teaching me the meaning of hard work, without him being witty with me, without him working his ass off to be able to help pay for some of my college, without him taking me with him places to learn new things, without him and I enjoying sports together with our friendly little rivalry, without him attending all of my shows and telling me that if I loved what I did I could be great and do it for the rest of my life, I would be nothing.

I’m not going to lie, I have a tear welling up in my eye right now. It’s hard to put into words what my grandpa meant to me. There aren’t enough pages in the world that cover his accomplishments, his life, our family, our tradition and what we owe to him. But what I can say and remember is that right now, he’s on his own hill in heaven, smiling down at me writing this.

To quote a Zac Brown song he used to play for my family at the lake, my grandpa has his toes in the water, ass in the sand, not a worry in the world, a cold drink in his hand saying life was good today. How sweet life is to everyone who had the privilege of knowing him.

Rest in peace Grandpa. I promise I’ll make you proud. 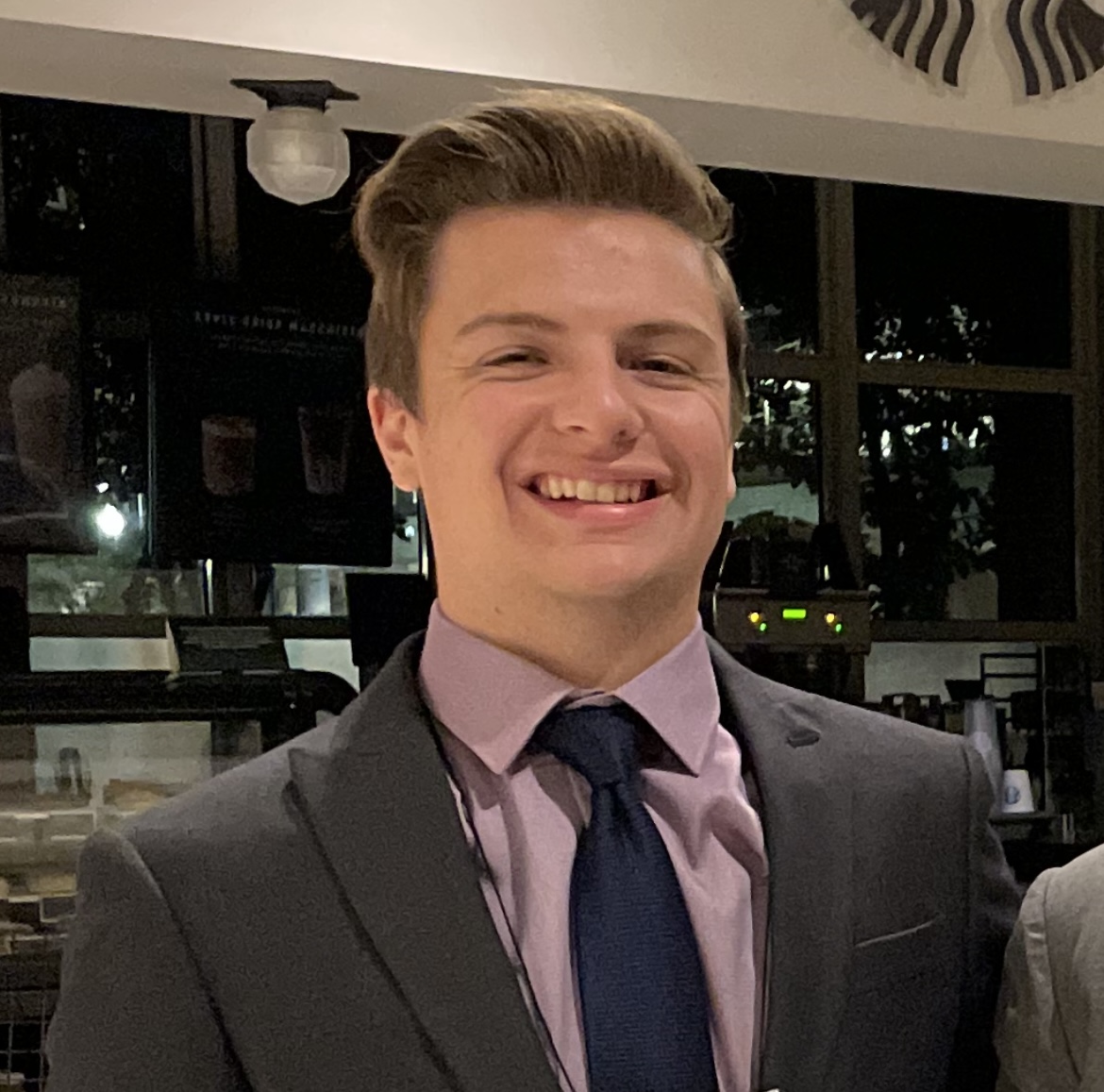