Some Chapman students admit to not being as informed as they should be about the GOP tax plan, which was passed in the final days of 2017. Understanding the plan takes time and a commitment to sifting through often unintelligible details. In the spirit of making things easier, here’s what you need to know about how the tax plan affects higher education and college-age people.

The new tax plan marked the first major U.S. tax reform since the Reagan Era. Trump called the overhaul ‘a big, beautiful Christmas present’ for the nation, which has many students asking: does it come with shiny ribbon and protect the deductions that benefit young people? The short answer is – it’s complicated. And though it may not come with any ribbon, there are some silver linings in the wrapping.

Junior Katie Page said she wishes she knew more about the logistics of the plan, because much of what she’s heard in conversation were opinions or generalizations.

“From what (responses) I’ve heard it’s been slightly negative,” she said. “I know that it’s controversial between the two parties. Taxes in general are a very polarized issue.”

Other than hearing that “big businesses” were getting tax breaks, which is true, the public relations and advertising major said she didn’t know much about that plan.

Likewise, senior finance major Alex Asdourian said he hasn’t kept up with the news as much as he would like.

“I honestly have no knowledge of it. All I’m really familiar with are the brackets,” he said, referring to the changes in income brackets for single tax filers.

The brackets are an important aspect of the plan, but the changes most relevant to students come down to a grocery list of changes that affect individuals and institutions in higher education.

1. Your tax bracket will likely stay the same

Federal income tax from individuals accounts for about half of the government’s income and constitutes the federal government’s largest source of revenue. The 2017 fiscal year was estimated to bring in $1.66 trillion, according to Pew Research Center.

Though the tax brackets did change, the changes made to lower-income single filers are minimal. Unless an individual college student makes more than $38,700 this year, the filer will fall in the first two brackets, according to Forbes.

However, about half of all tax returns are filed by people making less than $30,000 per year. Two-thirds of this group – about 44 million people – owed no income tax, according to the Pew report.

Under the new plan, the standard deduction becomes $12,000, but personal exemption is eliminated.

2. University endowments will now be taxed

Both the House and Senate versions of the bill called for a tax on the largest university endowments. A 1.4% excise tax will be places on endowment earnings. An excise tax is a tax created to multiply revenue from the sale of specific goods, like gasoline or tobacco, and in this case it’s endowment funds.

The tax will not affect Chapman, since it only applies to schools with endowments equal to $500,000 per student or more. Princeton, Yale, Harvard, Stanford and Pomona College are some of the highest ranking, each with over $1,200,000 per student, according to data from College Raptor.

Chapman’s endowment is currently about $330 million and total enrollment of about 8,300, meaning there’s shy of $40,000 per students.

Though it may look on the outside that these universities will be relatively unaffected given the kind of dough they can throw around, generally speaking, universities with higher endowments give students the most financial aid. The more money there is in the endowment, the more scholarship is able to be applied to students.

There is one positive to the way this played out.  The original House bill would have affected many more colleges and universities.. About 30 colleges will be affected by the excise tax as opposed to more than 60 had the House gotten their way, according to The Chronicle of Higher Education.

A 21 percent excise tax will be placed on executives working at non-profit organizations if they have a salary that exceeds $1 million. These tax-exempt organizations generally include universities, hospitals and charities. About 2,700 of these executives were paid over $1 million in 2014, according to a report from the Wall Street Journal.

According to Chapman’s 2015 IRS Form 990, then-President Jim Doti made just shy of $916,000 and then-Chancellor Daniele Struppa made about $892,000. Should President Struppa, Provost Glenn Pfeiffer or any other administrator make more than $1 million in 2018, they would be subject to this excise tax.

In 2014, the presidents of Yale University, Northwestern University, Washington University, the CEO of the National Collegiate Athletic Association (NCAA), and several administrators at Harvard Management Company, which manages the university’s endowment, made well over $1 million, according to the study. No Chapman officials made the list, but the new tax plan could change how nonprofits – like universities – compensate their executives.

4. Deductions on transportation and moving

Though they are small deductions, the new plan eliminates some deductions for employers and in turn, student employees.

Employees won’t be able to deduct riding a bike to work. In addition, some employers will be compelled to eliminate reimbursements for transportation and parking for employees because this is no longer deductible on the company’s end, and the cost can’t be deducted from the employee’s income. Previously, employers could pay employees up to $20 per month for riding a bike to work, a small amount, but non-taxable income nonetheless.

Deduction rules were also changed for moving expenses: you can’t deduct moving costs – unless you are active duty in the armed forces and move out of military-related necessity. Under the new plan, if you were to get a new job and have to move, this expense would be non-deductible. This is particularly relevant for college students who plan to move after graduation.

Though Republicans have not yet removed the plan altogether, they were able to remove the individual mandate for the Affordable Care Act, meaning many healthy and young people will likely leave the system. As this happens, individuals not subsidized by the federal government will face higher premiums and will be driven out. This is a major disruption to the system which could lead to its failure. Without a mandate requiring the purchase of insurance and fines for those who go uninsured, young and healthy people who opt out will no longer provide risk balance for the older, sicker populations. As they leave, costs for those who remain will climb.

6. What stays the same

Though it is the largest tax remodel since Reagan, some will be happy to know one of the plan’s most controversial proposals did not make it into the final bill.

Eliminating it “would be unpopular,” Asdourian said. “I don’t know anyone that doesn’t have loans.”

In addition, tax-free tuition assistance is maintained for employers. This means the money employers give to fund an employee’s education, up to $5,250, is non-taxable. The House version of the bill would have taken away this benefit.

Tuition waivers for graduate students, which are usually given to teaching and research assistants, and are also remaining tax-free, meaning the waivers won’t be added to a student’s taxable income. 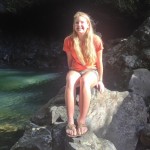