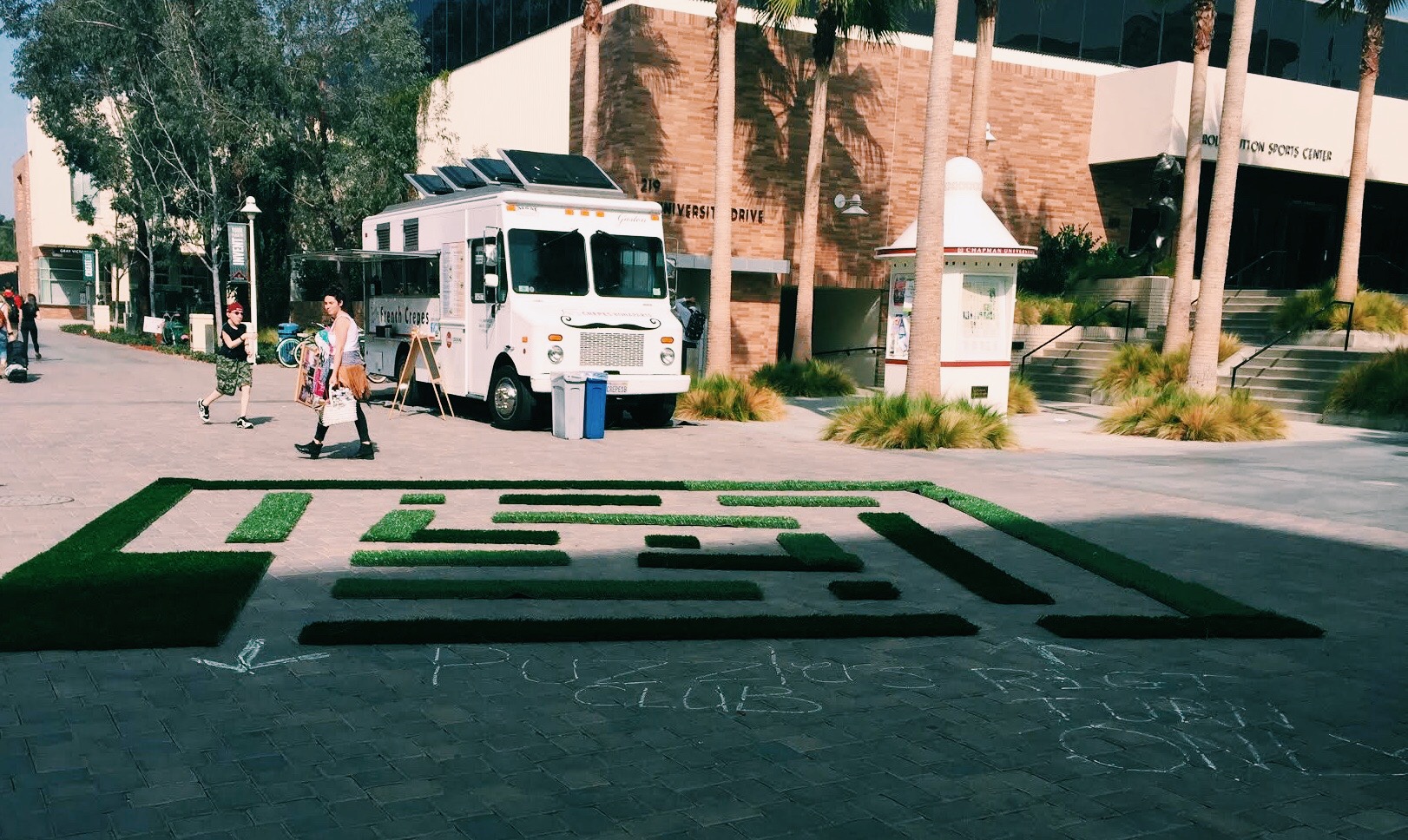 It was a sunny Wednesday morning and the Piazza was bustling with students. Ember Benatti, an undeclared freshman, was wide-eyed, marveling at the countless number of booths she saw scattered around her.

It was the Student Involvement Fair and Benatti was browsing the different clubs and organizations.

“It really seems like if you want to get involved there is something for you, there are so many clubs,” she said.

More than most students know.

Michael Keyser, the assistant director of student engagement said, “There are approximately 180 clubs on campus; from the tabletop league, a club passionate about board games, to Chapman eSports which attracts students who have an interest in video gaming.”

So many it’s hard to know which direction to go. But here is a quick look into just three clubs that have had a growing interest among students.

Club 55 is dedicated to anything and everything related to Disney.

It was was created at Chapman in 2013 and is now run by Evan Ridpath, a junior creative producing major.

Ridpath joined Club 55 during his freshman year and was elected president this past spring. Just in his freshman year, Ridpath went to Disneyland a whopping 45 times and continues to visit Disneyland frequently. He joined the club to connect with other Disney enthusiasts.

“We all sort of share that same passion for the Disney company and all the theme parks, the movies and the TV shows. You get to hang out with all these fellow Disney fans but then also you meet other Disney fans,” Ridpath said.

You guessed right. This is for Pokémon enthusiasts.

“I like everything Pokémon and wanted to find other people who were in the same boat. I know there’s a lot of people like that so I wanted to start a club to gather those people,” Austin Piko, a junior digital arts major and the president of the Poképeople at Chapman club said.

Poképeople not only hosts bi-weekly Pokémon tournaments, but this year Piko has started to have Pokémon Go events as well.

“If you see people gathered, it’s us. We usually meet on the quad lawn for Pokémon Go but (sometimes) we meet next to the globe fountain,” said Piko.

So, if you see a big group of people on their phones wandering around campus, you can assume it’s Piko and the rest of his Poképeople.

Piko also wants to do some Pokémon Go events off campus in the future.

“I want to get a field trip going, to go to Huntington Beach or Newport Beach, which are hotspots for Pokémon Go activity,” said Piko.

This one focuses on brain teasers and mind puzzles. It was created by Sandra Godinez, now a senior  kinesiology major.

Godinez took the freshman foundations course Puzzles and Paradoxes and enjoyed what she learned in the class so she decided to start a club that explored similar topics.

“I grew up doing puzzles, it’s a fun extracurricular and it takes your brain off other things,” Godinez said.

During club meetings, Godinez, and her vice president, Christine Anderson, plan different puzzles that stimulate your mind and generates collaboration with others. They work on rebus puzzles (see sidebar), mazes and other brain teasers.

Last year, their faculty advisor, math professor M. Andrew Moshier, created a life size maze during the involvement fair and the club plans on creating more life size puzzles for the Chapman community in the piazza.

Anderson applies her love for puzzles in her job as well. Anderson works at a business in Anaheim Hills called the Exodus Escape Room.

“It’s this room where you go and get locked in… you look for clues and each clue leads to the next and you have an hour to figure out everything and get out of the room,” Godinez said.

The club has taken excursions to the escape room, which requires similar skills that are used during the activities in club meetings. Godinez mentioned that some of the club members helped to design a room for the Exodus Escape Room too.

There are multitudes of clubs on campus to choose from, however, more are being created every semester.

“It doesn’t matter what your idea is, as long as you’re open to sharing your passion and having others join, you can create a club,” Keyser said.

Make sure to check out the list of clubs online on OrgSync.