Students who feel nickel and dimed to pay Chapman’s steep tuition are strained by additional costs not covered by the university’s price tag or financial aid. Which leaves them to this question: What is their money paying for?

Additional fees. Those are the two dreaded words that frustrate some students.

On top of tuition students pay each semester, some courses require an additional fee ranging from $25-$1000. The cost varies from class to class, however, some majors aren’t required to pay any additional fees while others are required to for nearly every class. These fees can be a shock to students who rely on a hefty amount for financial and scholarship money to get them through school. Especially when students aren’t sure what the money really pays for.

Kimara Velez, a senior public relations and advertising major, pays additional fees for a majority of her courses in Dodge but doesn’t feel as though the money is always worth it.

“We got charged $100 to sit in a room and watch a movie,” Velez said about her film class in Dodge. “We already pay a ridiculous amount of money for tuition, I feel like these extra things should be included.”

The cost of 12-18 credits per semester is $28,415, but with additional course fees the amount can reach up to $30,215, according to Chapman’s own website. And that’s on top of housing expenses, too. These additional fees can count toward labs, travel courses, equipment, and other expenses tuition does not cover.

Course fees are determined by each department and instructors of those courses, according to Rosemary S. Irvine, the assistant director of student business services.

Nationally, mandatory fees have increased 30 percent more than tuition since 1999, according to Robert Kelchen, an assistant professor at Seton Hall University who has studied the issue.

While tuition can be partially or fully covered by financial aid, scholarships, or loans, additional fees can not. This leads to discrepancies between the cost students are planning to endure versus the costs they actually do while attending college. This can be detrimental to students who budget for college after they cover their aid packages before they register for classes.

“It’s also unclear whether students and their families look at fees in the college search process in the same way they look at tuition, meaning that growing fee levels could surprise students when the first bills come due,” Kelchen wrote in a 2017 study published in the Review of Higher Education. “More research needs to be done on how students and their families perceive fees.”

There are no ways to get course fees waived or deferred for students who rely on scholarships and financial aid to get them through college, according to Janeen Hill, the dean of Crean College.

“The fee is determined based on the additional funds per student required to add value to the lab. For anatomy, the fees purchase anatomy software that students upload to their computer or other devices,” Hill said. “For physiology, the fees pay for the physiology lab manual which is given to the students as a flash drive.”

For Hill, these costs are worth the price because students can use what they get after graduation and for a cheaper cost than market price.

“The customize manual is cheaper than the manual purchased from a publisher, is designed by the physiology faculty, and belongs to the student once the course is completed,” she said.

Hill believes most students are aware of how much they’re paying and for what. Some students disagree.

“I knew I was paying these extra fees for my courses but I don’t know what they pay for,” said Erika Ebe, a senior health science major.

The benefits of additional charges aren’t always explicitly stated or made aware to students.

“For two years I paid $50 a month for an Adobe subscription I needed for my PR class because nobody told me I got the program for free through Chapman,” Velez said. “Now that I’m a senior it’s more expensive to pay the cancelation fee than to just keep paying for it until I graduate.”

Some complain there’s also an imbalance of payment between majors that don’t require fees.

Senior accounting and finance double major Jawa El Shanti has never had to pay additional fees for her courses, with the exception of one science GE.

“We got to use the microscopes and stuff, but they bought those years ago so I don’t get why we have to pay to use them,” El Shanti said.

For some students, however, these fees are well worth their price.

Logan Binstock, junior film production major, paid $1,000 on top of tuition for her film thesis class. Each student in the class paid this fee which goes towards production costs which include: location, cameras, props, casting, wardrobe, and more, according to Binstock.

Even after these fees, each student working on the production usually ends up paying additional costs out of pocket or raises money crowdfunding.

“I think that [the fees are] fair within Dodge College because that way everyone within the key crew that is a senior is contributing to the overall cost of their thesis film,” Binstock said. “Many films look for additional funding, but this also helps ensure that each film already has enough money to be produced.”

Unlike Velez, Binstock considers these fees to be acceptable because of the benefits she gains from them. Some students also find the material and experience courses provide them with are exceptional, but the price tag attached can make it hard to appreciate.

“Textbooks are pricey and tuition is even pricier, and why should you be penalized financially for being a certain major?” Ebe said. “Even though I loved all the labs that I took, it is a shame that science majors have to pay more for so many of their classes.” 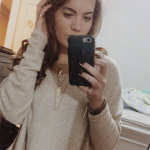