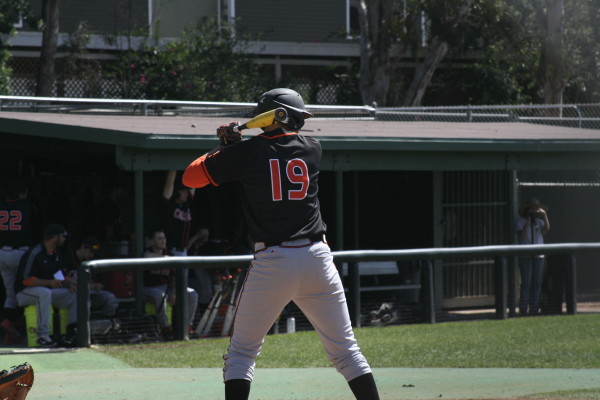 To some it may be a trivial decision, but for many athletes, a lot of thought goes into what number they choose to wear on their back. In our last issue, we took a look at the reasons behind the numbers of many Chapman athletes, (Hyperlink here.) but there were more who wanted to share.

"I'm 29 because that was the number my dad was when he played football in college."

"I guess it just always seemed like a lucky number to me, and I've always had it since freshman year of high school."

"I had this number (73) in 8th grade for my Pop Warner team and wanted it in high school but got in a fight with an older guy, and he got priority. So I couldn't have it until I came here and got the chance. Although I wanted 72 freshman year, but it was taken."

"I chose the number 24 because my older sister was No. 24 her freshman year of college as well. She also plays soccer."

"I have played with multiple numbers, but, generally, the number in football is related to the position you play – defensive back is typically 20-40. I liked 23 because I associate good athletes with low digits – any form of 1-3. Players feel loyalty to their number from past if they have been that number for a long time. I have heard guys who wear a number to honor a former teammate, and I know some guys in professional sports will pay teammates to have their number."

"I picked No. 10 as my jersey number for a couple reasons. I have played with No. 10 multiple times since I was 5 years old. This number is typically a midfielder's position, which I have played my whole life. My dad played with this number throughout high school and in college as well. As freshman, we got to choose our numbers from whatever jerseys weren't taken by returning players. Luckily for me, 10 was available. And Messi is No. 10 – just an added bonus.

"For me, I've usually had a higher number whether it was in high school or in college because the numbers go by size most of the time. And I'm a bigger guy, so 32 is a choice often available so I've stuck with it whenever I can."

"Well I was always No. 4 in my years prior to Chapman, since about age 7 when I started travel baseball. When I came to Chapman that number was taken by a senior, and I was given 15 by my assistant coach. So I've kept it ever since."


"When I was younger, I was always No. 8 because my birthday is on the 8th. But when I got here that number was already taken, so I thought as long as that eight was in the number, it should be fine."