In the fall of 2017 Chapman Student Psychological Counseling Services (SPCS) had a waitlist of 90 students waiting weeks for help with their anxieties, depressions and obsessive and suicidal thoughts.

In response to student demands, university officials established a 24/7 phone hotline, brought on an extra counselor and – most controversially – hired a case manager to refer people to treatment off campus. These efforts have slashed the waitlist by almost 90 percent and by this April, there were only eight students on the SPCS waitlist, leading some college administrators to pronounce the problem solved.

But students complain the waitlist reduction is deceptive and comes as a result by being directed off campus for care, which some never receive, just so their names can then be crossed off the list. Moreover, they complain, the university has abrogated its responsibility to provide affordable, on-site help to them during, for many, what is the most stressful experience of their lives – leaving home and learning to be adults while in the caldron of competition that is college life.

What students seeking on-campus care want is not in the cards, according to Dean of Students Jerry Price. “We are not a hospital,” Price said. “We do have to be strategic about our resources. Every counselor we hire is a chemist we don’t hire.”

Officials and administrators are trying to discern their financial and ethical responsibilities to an increasingly troubled student population and how to best finesse demands for care in an academic environment. Suicide was the second leading causes of death among individuals in their 20s, according to a 2017 report by the Center for Disease Control and Prevention. More than 90 percent of deaths by suicide show symptoms of a mental health condition, according to a 2001 study in the U.S. National Library of Medicine.

The demand for mental health services has skyrocketed, with close to a 300 percent increase in the past 20 years, said Gregg Henriques, a professor of psychology at James Madison University and author of “A New Unified Theory of Psychology.” Universities across the country have been hiring more staff, cutting the amount of services they can provide or referring students out into the community – as Chapman has done, Henriques said. This can put students and universities at odds with each other.

Experts cite many reasons for the explosion of anxiety and depression in young people. An increased reliance on digital devices at the expense of human interaction, new parenting styles that have emphasized dependence and fail to inculcate stress resilience, fear of increasing competition in a world that is becoming more unequal are among the factors mentioned. Too, experts say, students feel more comfortable admitting to mental health disorders today: The celebs they follow detail their own struggles with depression on Instagram.

Young adults age 18-25 have the highest prevalence of mental illness, according to 2018 statistics from the National Institute of Mental Illness.

The wave of depressed and anxious students demanding services can also be traced to increased fearfulness and a culture of victimhood, Henriques said.

“We see everyone as a victim, and we teach folks to focus on blaming the system, which unfortunately enhances an adolescent sense of powerlessness,” Henriques states in a 2014 post on Psychology Today. Instead of filtering the world of possible dangers and inequalities, people need to understand what it actually is that is happening to them and then take control over that, he said.

Now, students seeking mental health are seen for an initial screening appointment and are funneled one of two ways: to services at Chapman or services elsewhere. A case manager was hired in the Dean of Students Office to help students find off-campus services that fit their insurance and transportation needs. From fall 2018 to spring 2019 the waitlist has decreased 88 percent, and SPCS has seen more students, according to Director of SPCS Jeanne Walker. These numbers say success to Price and Walker, but many students are less convinced.

Being referred off campus when she sought help in fall 2017 was frustrating, said a sophomore creative writing major, Brooke, who asked to be referred to only by her first name.

“It’s hard to force yourself to get help when you’re mentally ill, and when you do go for help and are turned away, it’s a huge punch in the chest,” said Brooke, who has battled an eating disorder. “Your mind is already turned against you, and the university who was supposed to support you doesn’t want to.”

After walking into SPCS, a counselor told her that her problems were “too severe” for university personnel to handle. She did not agree. At that time she was two years in recovery, not in the midst of a severe crisis.

“If there’s an immediate risk to the student or someone around them, then it’s serious. But an 18-year-old girl who gets nervous about donuts doesn’t seem as ‘serious’ to me,” Brooke said.

The counselor gave her a list of therapists in the area she was told to contact. But none of them took her father’s military insurance.

“Pushing students out likely helps their numbers. I think it comes down to money, like everything else. The university will always prioritize money over its students,” Brooke said. She decided to fall back on the guidance of her previous therapist: following meal plans and using alternative thoughts to substitute for erroneous ones.

Undeclared sophomore Tory Allen believes that referring people off campus may be an excuse to not expand mental health services, which would be costly.

“Some of us, dominantly lower class students, don’t have the means to shuttle ourselves all around SoCal for the sake of seeing someone who is probably too expensive for us to be seeing anyways, nor do we have the time to do such a thing,” said Allen, who said she has depression.

Chapman SPCS received $835,208 in total expenses for the 2017-2018 academic year. This same year, the athletic departments total expenses were $3,627,564, according to data provided to Prowl News by Mike Price, the assistant vice president of finance and budget. This academic year SPCS has seen 884 students, as of April 19, according to Walker. “We are likely to hit 900 by the end of the semester,” she added.

SPCS assists nearly half as many students as the athletic department, while receiving four times less funding.

Allen would like Chapman to step up mental health offerings and make mental health a priority.  It would be, she said, “a great opportunity to feel supported by a greater institution,” Allen said.

“I didn’t find anyone at Chapman who I could rely on,” said an international student who said she has Obsessive Compulsive Disorder and asked to remain anonymous because, she said, her culture stigmatizes mental issues.

As a freshman from another country, she has no family support nearby. The global communications studies major said she found the stresses of college intense and sought help for her obsessive thoughts and anxiety. She received eight sessions of counseling on campus but was told if she wanted more, she would have to go elsewhere.

But finding her way to a location far from school would add to her anxieties. “I don’t know how to drive,” she said. She has instead resolved to keep herself busy and surrounded herself with people to distract her overactive mind.

SPCS should be given more money to hire more counselors, said Jamie Garcia, senior psychology and integrated educational studies double major who said she has anxiety and depression. The center is clearly in high demand and “the university needs to put more into it,” she said.

Still, the short-term model works for the majority of students, according to Price. For the smaller group of students who need more specialized mental health care, it makes more sense to connect them to resources that exist in the community rather than use university resources, Price said.

While Walker is happy to see the waitlist numbers drop, she also feels SPCS could use more funding. In a “perfect world,” Walker would want a bigger setting, more staff and relaxation rooms. But with the current funding, “it is impossible,” Walker said.

“Administrators think in a very different language – they think in financial terms. They think in retention, numbers. They don’t want to know about psychological stuff,” Walker said. But SPCS helps Chapman retain students, by giving them the stamina and coping skills they need to get to graduation. The services have kept students who may have dropped out, securing the university tuition.

There are many students who are alive because they have come to SPCS, Walker said. “But I can’t talk about [the students Chapman may have lost] to the administration. They don’t want to hear that. That’s too scary.”

Many students who do receive care from SPCS are happy with the experience, Allen said.

“I know people in the psych center who are wonderful people, who really genuinely care and that’s why are here – to make a difference. But it’s not enough, because Chapman’s not giving them enough, they’re not allowing that service to bloom,” Allen said.

Walker wishes there was more recognition for the work of the SPCS staff. “They sit for hours everyday listening to sad stories and horrible traumas. They need to take care of themselves. We need to really take care of them. I would like to be able to do more for them.” Better salaries is one thing Walker wants for her staff. Larger universities and even community colleges have higher salaries than Chapman staff, according to Walker, who declined to disclose salaries.

“Here’s a chance to be a school that’s as innovative as it says it is,” Allen said. But because psychological services are more invisible, university officials are more interested in giving money to things more attractive to donors – like athletics – than providing ample mental health services, she said.

More one-on-one psychotherapy sessions is not the solution for schools such as Chapman, Henriques said. From the president, all the way down, there needs to be a college-wide community response, which includes psycho educational platforms, responsibility taken for one’s own mental health and courses on wellbeing, he added.

At the end of the day, students are left to their own devices, and are making do the best they can.

“I’ve learned to tame my demons because I had no other choice, and Chapman shouldn’t get to take an inch of credit for that,” Brooke said. 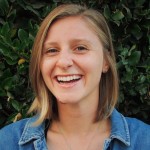