Robert Brown listened to the fast-paced whooshing of the helicopter blades above him. He was scanning a helicopter manual, trying to determine the correct part needed to make the Marine aircraft run smoothly.

Brown knew his work was important for his country. But he couldn’t stop thinking about his family, wife Amanda and young daughter Skylar, who were living at base housing at the Marine Corps Base Camp Pendleton. Was this the life he truly wanted for his family?

So when his contract expired in 2015, Brown left the Marine Corps. He was determined to go back to school, trading instruction manuals for textbooks.

“Earning a degree was always unfinished business for me,” Brown said.

Brown is one of 76 veterans currently studying at Chapman University – not an easy task.

Some say it’s strange to be walking into classrooms with peers ten years younger. Some have the challenge of balancing schoolwork with outside jobs and family responsibilities. But many feel it’s worth it in the end because they’re investing in their future.

He was stuck in a tollbooth-sized room with a machine gun pointed out the window.

“Why could you have not just studied?” Kyle Kjer thought.

Kjer joined the Marine Corps after he failed out of University of Nevada, Reno, during his first year in 2008. He never planned to join the military.

“My biggest regret was how I handled college and that I did fail,” Kjer said. “I used to hold a lot of resentment about it, but I always knew I would come back to it. It took me a lot longer than I thought it would to figure out what I wanted to do. But I finally think I’m on the right path.”

That right path, Kjer feels, is pursuing a degree at Chapman University.

But it’s not always easy, especially with high tuition rates. The G.I. Bill helps veterans overcome that barrier to education by covering tuition and fees.

John Peet, a veteran studying at Chapman University, is using the Vocational Rehabilitation and Education Program to pay for his education. This program is a type of G.I. bill given to those with permanent disabilities from the service.

Peet deals with permanent nerve damage in his shoulder, a compressed spine, PTSD, anxiety, and depression. Coming from a family with more traditional careers, Peet is particularly thankful for the bill, saying it’s unlikely he would have pursued his dream career in film if he had to pay out-of-pocket.

Peet said joining the military was one of the best decisions he ever made. Peet failed out of the University of Texas, San Antonio, during his first year and realized his attitude toward life needed to change. So he joined the Army Special Forces.

“John from the University of Texas is different from John today,” Peet said. “They wouldn’t even recognize each other.”

He went on to explain:

“John from University of Texas partied every night, never went to class. I had this sense of entitlement, and I needed a kick in the ass. But compared to me now at 25, I know what I want to do with my life. I have that sense of discipline, that pride in my work that I never had before.”

Peet, now a creative producing major, was honorably discharged from the service last year after his shoulder was severely injured from a routine plane jump in 2018.

His time in the service taught him skills that he feels will benefit him in the film industry.

“In the film industry, you’re working 12-hour days, so you have to have that mental toughness to put your best foot forward when you’re tired,” Peet said. “Both the military and the film industry are cutthroat. Everyone is replaceable. They can find a million people to use.”

This maturity, however, can come with a feeling of separation from younger peers. The average age of an undergraduate veteran at Chapman University is 30, said the Veterans Resource Center. Kjer said it is strange being over a decade older than many of his peers.

“It is the biggest identity crisis I could possibly ever have,” Kjer said.

But there are opportunities for veterans to socialize with other veterans on campus. Steve Leader, the director of the Veterans Resource Center, holds events to connect veterans, and two student-veteran-led clubs on campus are also available to join.

Abdul Khan, a Marine Corps veteran, founded one of those clubs, the Veterans Business Association, in 2020 during his first year at Chapman. Khan spent five years of active service in the military before deciding to leave to spend more time with his wife.

A business major, Khan started his club for bonding, networking and learning. The main focus of the club is to allow student veterans to network with high-end business individuals who were veterans or who support veteran causes.

“Our guys get to really pick their brain, see how their experience was in college and essentially learn and network with them so that they can make the right decisions post-graduation,” Khan said.

Leader said he wants to make sure veterans and children of veterans can connect at Chapman, which received the bronze ranking of the military-friendly school certification in March 2022. He asks that if you are a veteran at Chapman or a spouse or child of a veteran, email the Veterans Resource Center at veterans@chapman.edu. The center can provide resources and educational benefits.

Kjer uses the Veterans Resource Center to manage university payments. In 2018, he left the Marine Corps to take care of his son Kamden, then 7 years old.

Kjer is pursuing a degree in broadcast journalism and documentary with the goal of becoming a hockey broadcaster. Like Peet, he says his time in the military has given him a greater worldview. Through his two deployments, he was able to see much of Asia and Africa, and he said the experience made him realize his privilege growing up in America.

“I learned my humanity from the military,” Kjer said. “As weird as it is that you’re training to kill people, I feel like I discovered my love for humanity more so through it.”

He said the military also increased his confidence in himself.

“My 18-year-old-college-Kyle thought if I can’t get an A, can’t do it perfect, then it wasn’t worth doing,” Kjer said. “Me, now-in-college-Kyle, is more accepting of myself and just tries my best.”

Kjer said balancing his studies with working as a security host at Disneyland and taking care of his son can be stressful.

“I’m pursuing my degree because I want to show Kamden that he can pursue whatever he wants to,” Kjer said. “Whatever he puts his mind to, he can do, because I’m doing it too.” 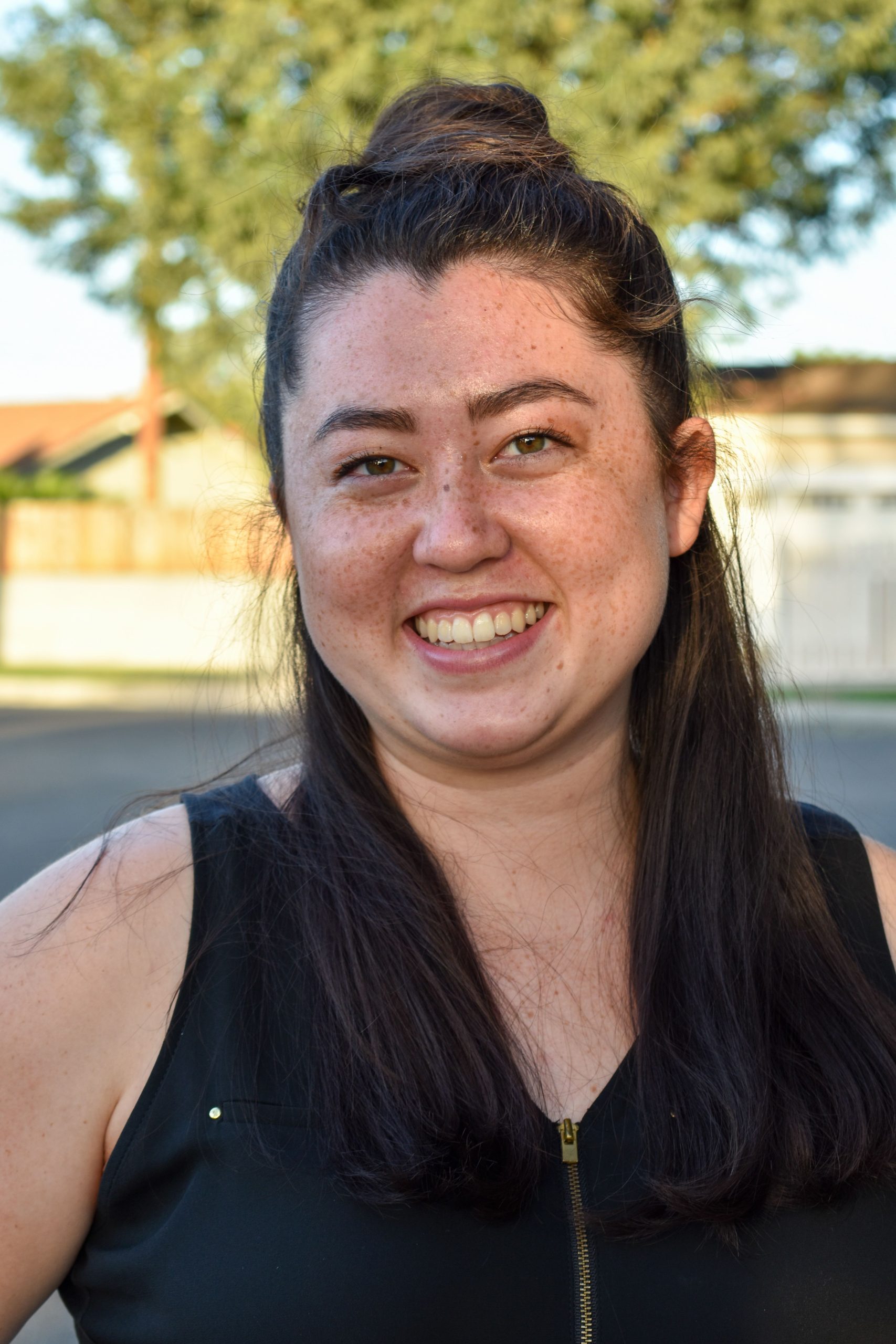