Still in the infancy stages of practicing Landscape, an admissions tool that will provide information on a student’s high school and neighborhood, Chapman’s admission officers will later decide how to best integrate it with their admissions process.

While the implementation of the tool has some students hopeful, others are skeptical about what this implies for fair admissions and campus demographic.

College Board claims that Landscape helps admission officers gain more insight on students who come from areas that are less popular or that officers know less of. This year, colleges will receive over 10 million applicants from more than 30,000 high schools, and around 25% of applications do not have high school information, states the College Board.

“Landscape helps [colleges] look in more places because deserving students deserve to be considered no matter where they live,” says the College Board website.

Admission officers are looking into Landscape to achieve goals that were set in Chapman’s Engineering the Future Strategic Plan.

“We hope that after a few years of collecting these data, we will be able to determine the best use-case for Landscape and understand how it can best serve students and the University’s Strategic Plan,” said Director of First Year Admission Armen Sarkisian.

In a follow-up email, Sarkisian would not elaborate on what specific parts of the Strategic Plan admission officers were hoping to meet.

However, recruiting first-generation students and students from underserved populations in the local community are some of the goals in Chapman’s five-year Strategic Plan.

This is the first year admission officers will be using the tool, but Sarkisian said that it is too early to comment on Landscape’s impact on Chapman admissions.

Some students believe that Landscape could serve as a catalyst for a more diverse campus.

“It does benefit the minority, because if you look at a test score you can’t see that, ‘Oh, this person comes from a diverse background,’” said senior communications major Cassidy Keola. “With Landscape, you are able to see that diversity and the bigger picture of the applicant.”

Once called the Environmental Context Dashboard, Landscape was redeveloped in response to criticism of the former system. Previously, the system combined neighborhood and high school data into a single score.

With the current tool, each of the six neighborhood and high school indicators are put on a one to 100 scale to display comparative percentiles. The higher the number is on the scale, the more educational challenges the applicant has experienced.

Despite College Board’s attempts to improve the tool, some students still see it as flawed.

“It’s hard as a student to accept it, but for colleges it does make sense because they want to be as diverse as possible,” said freshman business major Sophia Licitra. “Colleges might be letting in certain demographics more than others because of where they live.” “From a student standpoint, no I don’t like it,” said Sophia Licitra, a freshman business major. Photo Courtesy of Sophia Licitra.

Landscape does not decide who gets accepted, and it only helps admission officers give students from more places a “fair” look, states a press release by the College Board.

This reassurance has made some students more optimistic about the admissions process.

“A lot of factors go into my life that affect my school performance. Having Landscape in action, schools can see that I am someone they would want to have at their school, and that I am more than capable,” said Hiʻialo Rosa, a high school senior from Hawaii. Hiʻialo Rosa, a high school senior, said that Landscape has given her more hope for fair college admission. Photo courtesy of Hiʻialo Rosa.

Only two months after its launch, College Board said that employees would continue to fine-tune Landscape based on ongoing feedback from colleges. 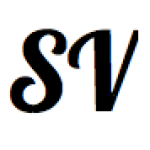