Bear is an eleven-year-old senior Pomeranian who is my Emotional Support Animal. Bear was found at the prestigious Vanderpump Dogs animal shelter on Third street, in Los Angeles, California. Sitting in the back of the room on the lap of an adoption worker, he seemed almost not available.

Not knowing what I needed in life, I walked into Vanderpump Dogs on a hot Saturday with my sister Lindsay after spending the whole morning complaining about how depressed I was. Having moved out to LA several months ago, as a southern girl who grew up sheltered from life in a city, I had an extremely hard time adjusting to living in Los Angeles. I had a hard time making genuine friends and finding where I belong.

As we walked in planning to just browse around, Lindsay suggested I get a dog. I first walked over to a pin full of rambunctious puppies tumbling over each other. I thought to myself getting a puppy would be too much work when I can barely take care of myself. I continued to walk around the rest of the adoption room looking at the variety of different dogs, large and small.

Lindsay, walking with me, noticed the lady watching the adoption area was sitting on a bright pink sofa, holding a tiny black puff-ball pomeranian. Lindsay asked the woman if the dog she was holding was up for adoption as well. The women respond yes with glee, explaining how Bear has been at Vanderpump Dogs for over a year now, but he’s the sweetest dog. She went on to tell us how Bear actually previously came from a kill shelter and was adopted from them once, but the owner no longer wanted a dog. Vanderpump Dogs have a policy that asks that if you adopt a dog and end up changing your mind, to please return to them. He was returned and adopted again only to be returned to Vanderpump once more because his new owner traveled too often and couldn’t handle having a dog.

After sitting on the couch cuddled with Bear and hearing about his journey, I felt so connected to him. Not one, but two people returned this precious creature? How, just how? He was like a doll just sleeping peacefully on my lap. When the adoption lady finally told us his age we were absolutely shocked. He looked like a puppy, I would have never thought he was a senior dog. When it came time to leave, I had the hardest time saying goodbye. I ended up signing an adoption application that day and they told me they would call me regarding further information.

Later that afternoon, I received a phone call from Vanderpump Dogs interviewing me on my living situation and why I want to adopt Bear. The woman I spoke with over the phone told me she was hesitant because Bear was previously returned, but I was able to reassure her that Bear was definitely for me. The next day, before they even opened, I was outside waiting to take Bear home. I was so excited and nervous. I have grown up with dogs all my life, but this would be my first very own dog. Not only was he so happy to be getting adopted, but he ended up being on sale!

Bear has now been my dog for four years and shortly after adopting him, I made him my Emotional Support Animal. My therapist suggested it, as she knows I deal with depression and extreme anxiety, especially while traveling. An Emotional Support Animal is an animal that can provide emotional and therapeutic benefits to those suffering from emotional issues, anxiety, or psychiatric problems. He’s been such a huge support in my life, giving me so much love and companionship. We really do everything together, and since COVID-19, we have been even more attached at the hip. He’s so silly and cute. He’s always able to instantly get me out of a bad headspace and center me back in reality.

I truly believe everything happens for a reason and Bear was meant to be my best friend and Emotional Support Animal. I’m so lucky to have him. 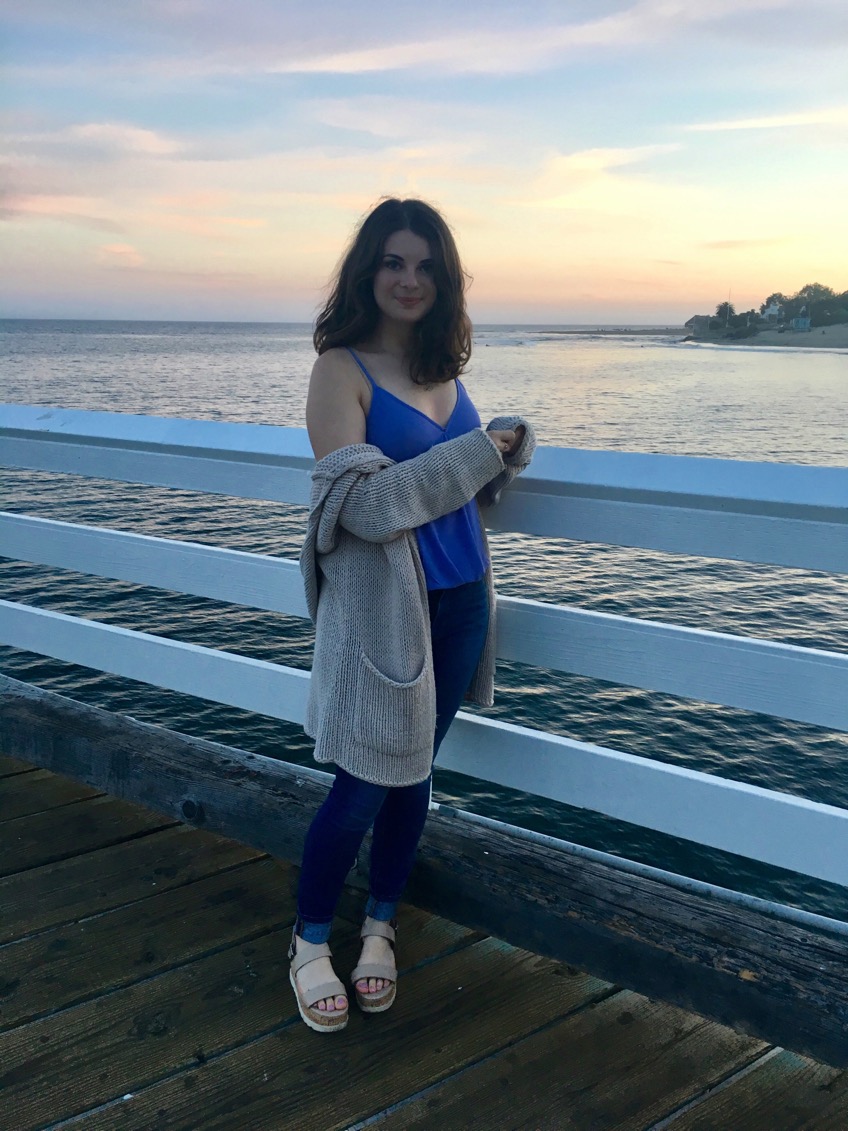