As an undeclared freshman, Korina Dehpanah felt defeated on Mondays and Wednesdays as she sulked into a food science class that she attended only three times before skipping.

Now in her senior year, she regrets taking classes she wasn’t interested in and opting out of interterm as an underclassman.

What Dehpanah didn’t know was that help was waiting on the fourth floor of Beckman Hall.

Many students are unaware that they can find academic support by making appointments and attending walk-in or virtual hours at the Academic Advising Center.

There is a disconnect between students feeling unsupported and academic advisors urging students to be proactive and come in for assistance. Students will have better experiences when they seek guidance around busy registration periods.

“You can’t just complain when you’re doing things at the last minute and you haven’t done your part,” said Robert Coronel, director of academic advising.

Coronel said he has heard student complaints about advisors’ unavailability. He recommends that students speak with advisors in the middle of the semester instead of putting off appointments until peak periods.

He said students should utilize walk-in appointments for quick questions and schedule appointments if they need a full 45 minute session.

“We want to make sure that we’re available so that the student is not out there on their own,” Coronel said.

Additional walk-in hours are added at the beginning of each semester and advisors work to accommodate students during busy registration periods.

Many students don’t think it’s as easy to make appointments as Coronel says it is.

Some are discouraged after struggling to schedule a session with an advisor during peak periods.

Pam Coelho, junior business major, attended walk-in advising hours as a freshman, but has not stepped into the office since.

“Whenever I go to schedule an appointment with them, if it’s like the period before or after registration, you’re not getting a time,” she said.

Students like Philip Goodrich, student government president, have benefited from regularly checking-in with their advisors around peak periods.

“I have been able to get in to see my academic advisor during the middle of the semester in a very timely manner because it’s not at a peak time,” he said.

He suggests that first-year students should still start meetings early-on to avoid stress in their last two years.

Goodrich explained that if students feel a lack of support from Academic Advising, they reach out to SGA for student advocacy.

Dehpanah attended walk-in hours a handful of times as a freshman, but struggled to understand what courses she needed to take until she declared her communication major. Now, she works closely with her program advisor.

Andrea Weber, assistant dean for advising and student life in the school of communication, agrees that students should diligently work with their program advisors to stay on track.

She said that program advisors are great resources that can recommend internships, minors, go over graduation reviews and connect students with alumni.

“I definitely recommend they [students] should go at least once a semester,” she said.

Weber said that program advisors also face these peak periods when students scramble to make appointments before and after registration.

“Right after spring break, it’s going to be crazy,” she said.

“My academic advisor actually was the one who suggested for me to do my language requirement at a local community college which saved me a lot of time and money,” she said.

She looks back and regrets not checking in with her advisor more as an underclassman.

“I think they have a lot of resources and information if you have specific questions you would like for them to answer,” she said.

Coronel said that the Academic Advising Center is working on student outreach, including making an Instagram, to promote advising and encourage students to come in more often.

“We have followers, I remember when we had like, 30,” Coronel laughed.

Dehpanah agrees that Instagram is a great way to engage with students, and with her experience running multiple Chapman social media accounts, she suggests that Academic Advising should use less text-heavy posts, incorporate student takeovers twice a month, include senior advice, and post more student spotlights.

Students like Coelho have suggestions for Academic Advising that they think would benefit students. Coelho proposes yearly mandatory meetings or check-ins with advisors to keep students on track.

Dehpanah thinks an additional academic advising information session during freshman orientation would be useful to students feeling as lost as she did during her first year.

The success of academic advising requires a collaborative effort.

Coronel wants students to know that although schedules are busy, advisors are accessible and individual appointments are highly obtainable in the middle of the semester.

Advisors are desperate to get the word out.

“We joke, and one time we were all going to wear these really bright shirts and walk across campus,” Coronel said.

Coronel said that students have to meet advisors in the middle.

He said that students must be proactive in seeking help mid-semester, when advisors are most available.

“You will have a much more pleasant experience if you come early-on,” he said. “The question is, how do we help students fully understand that?” 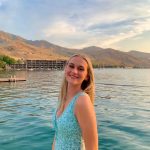